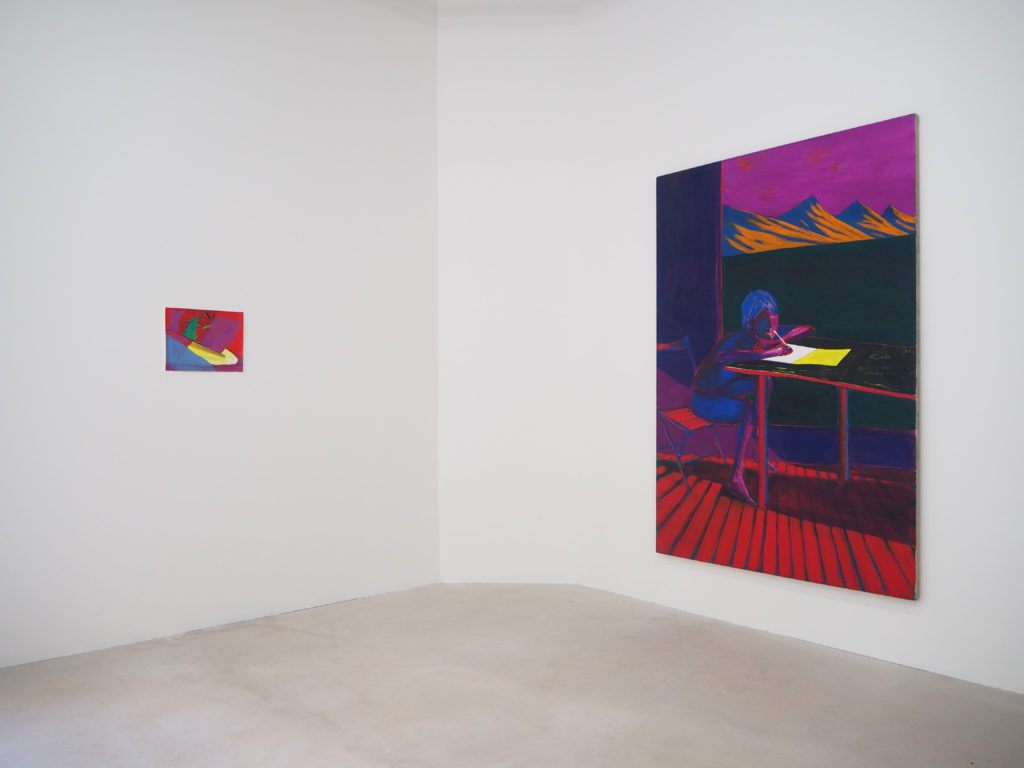 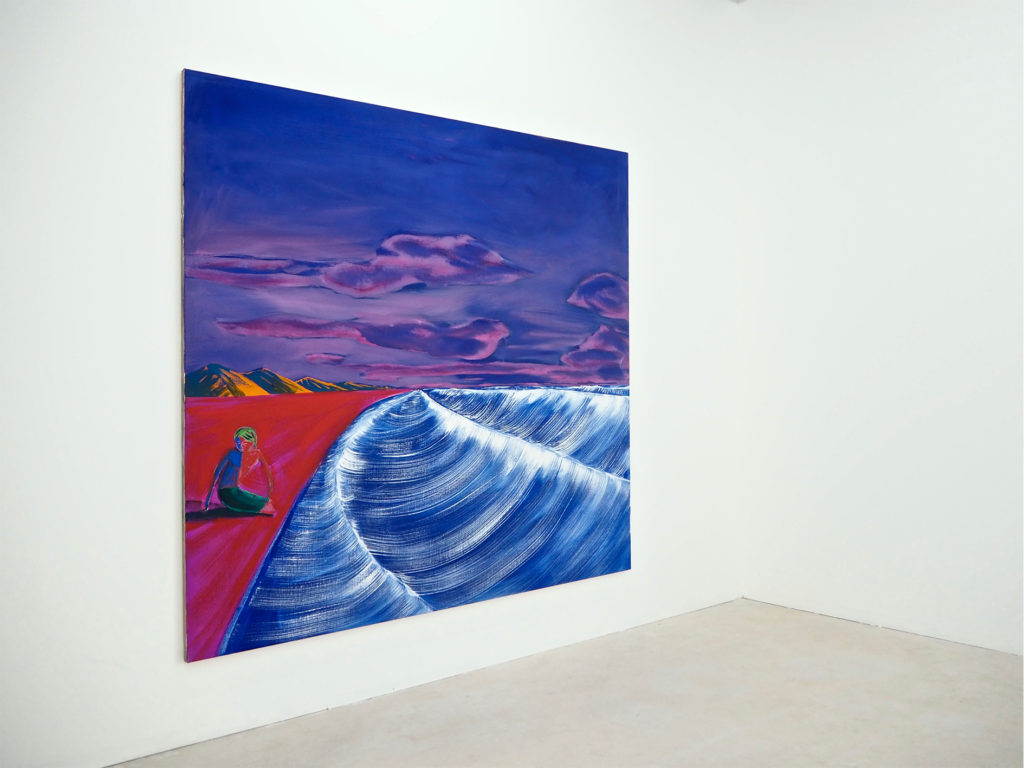 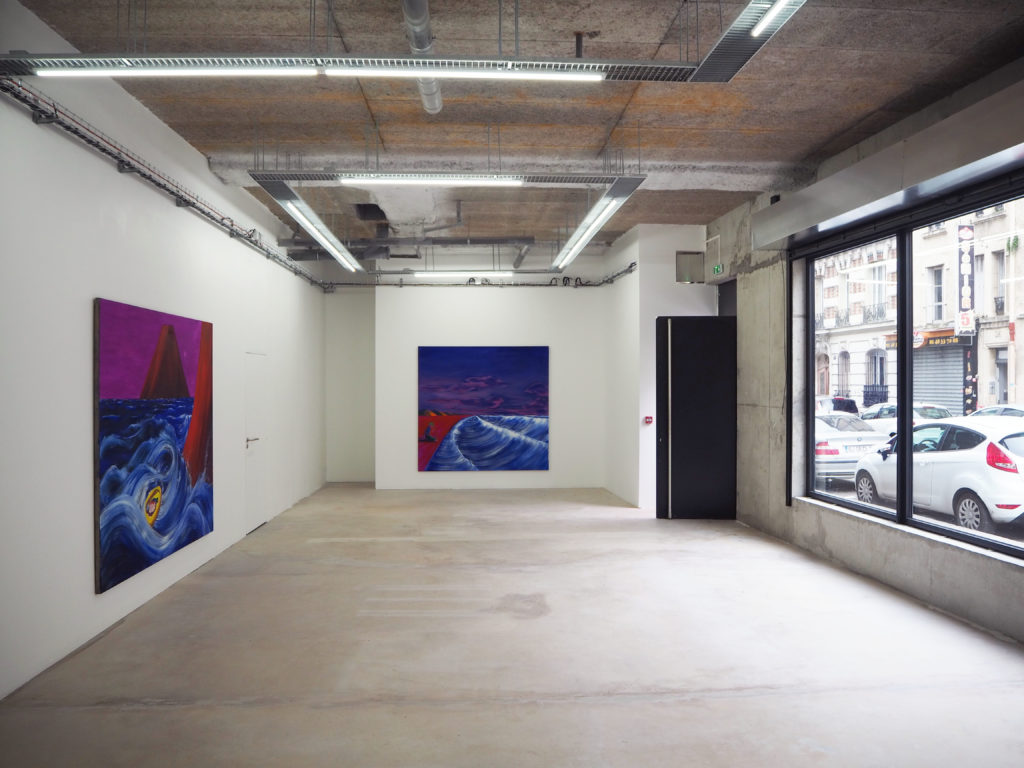 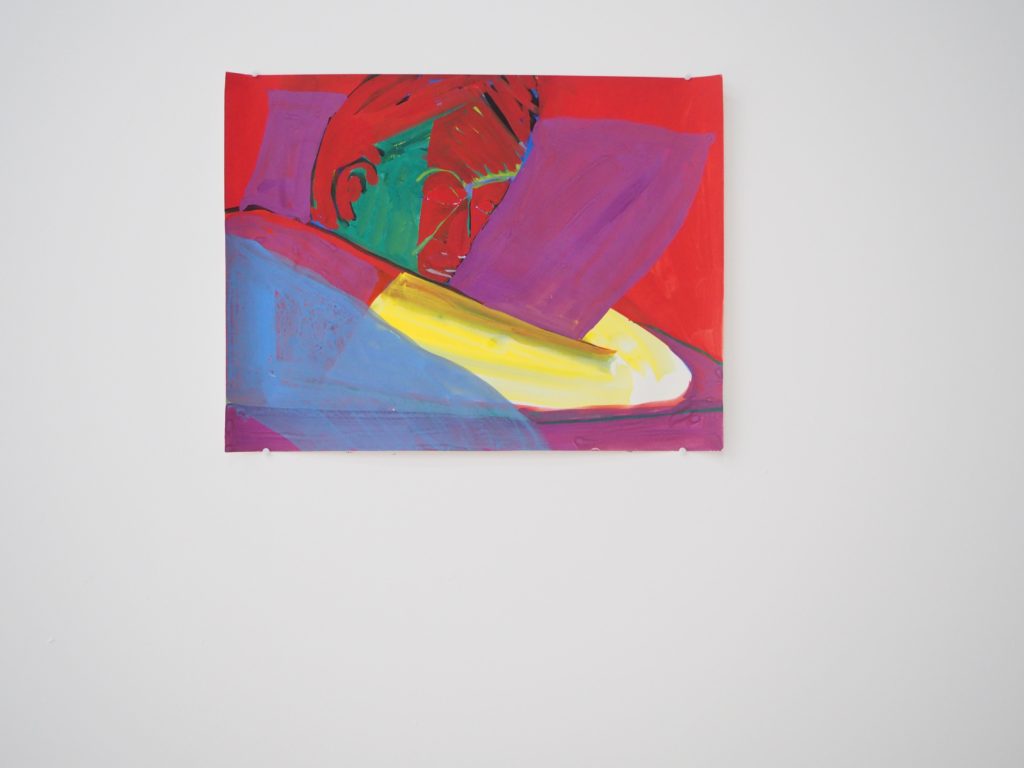 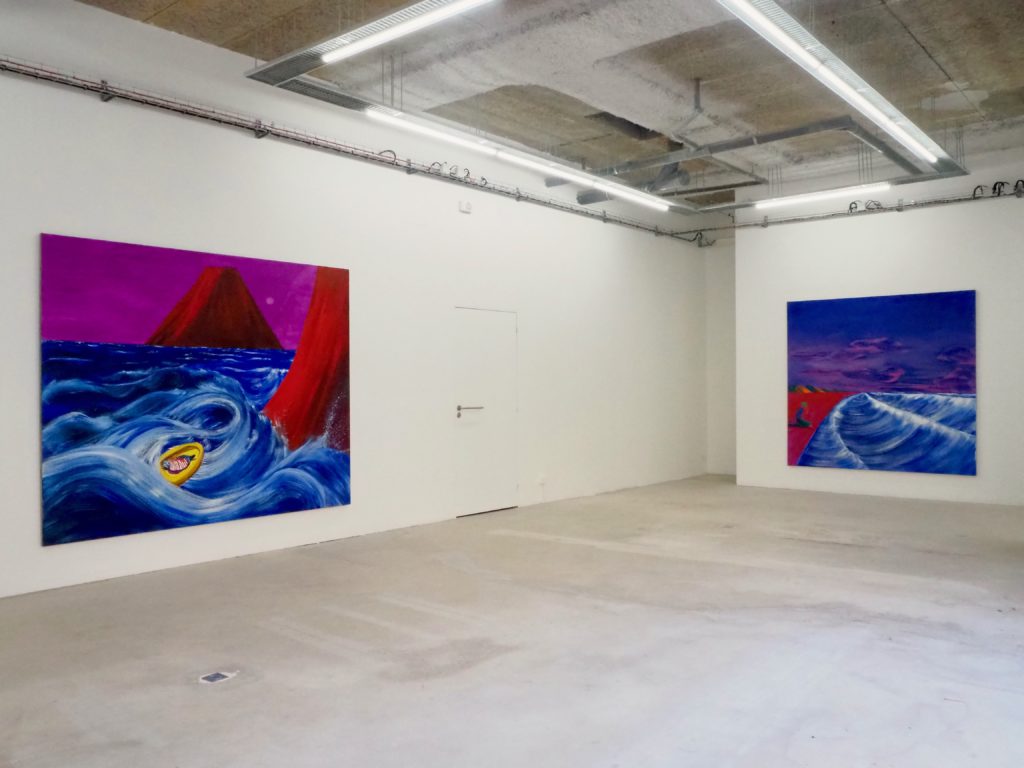 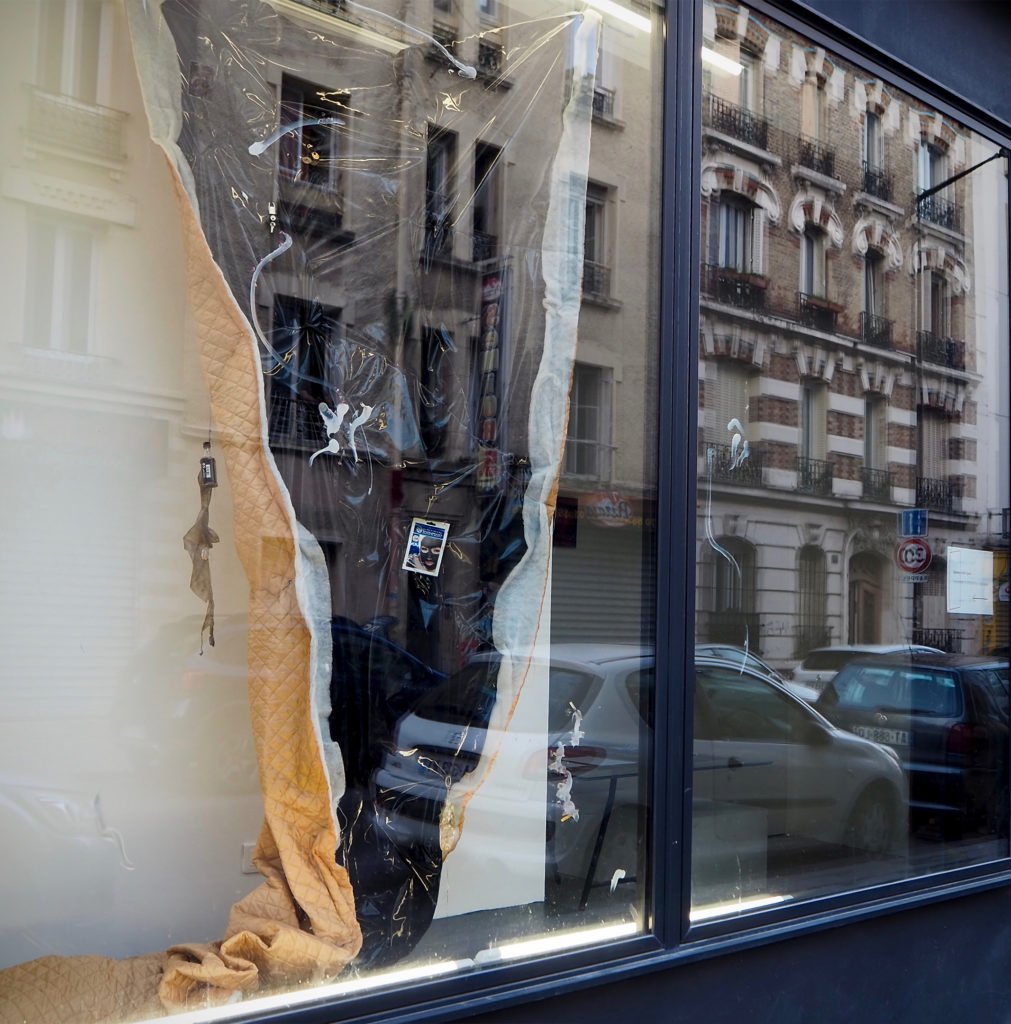 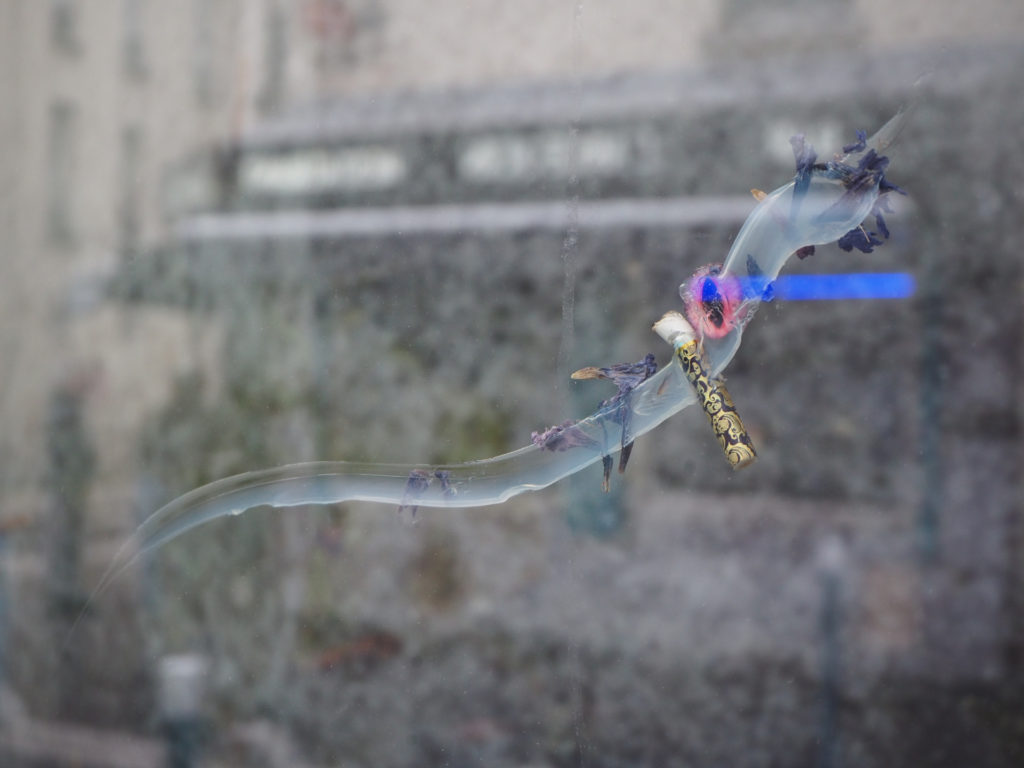 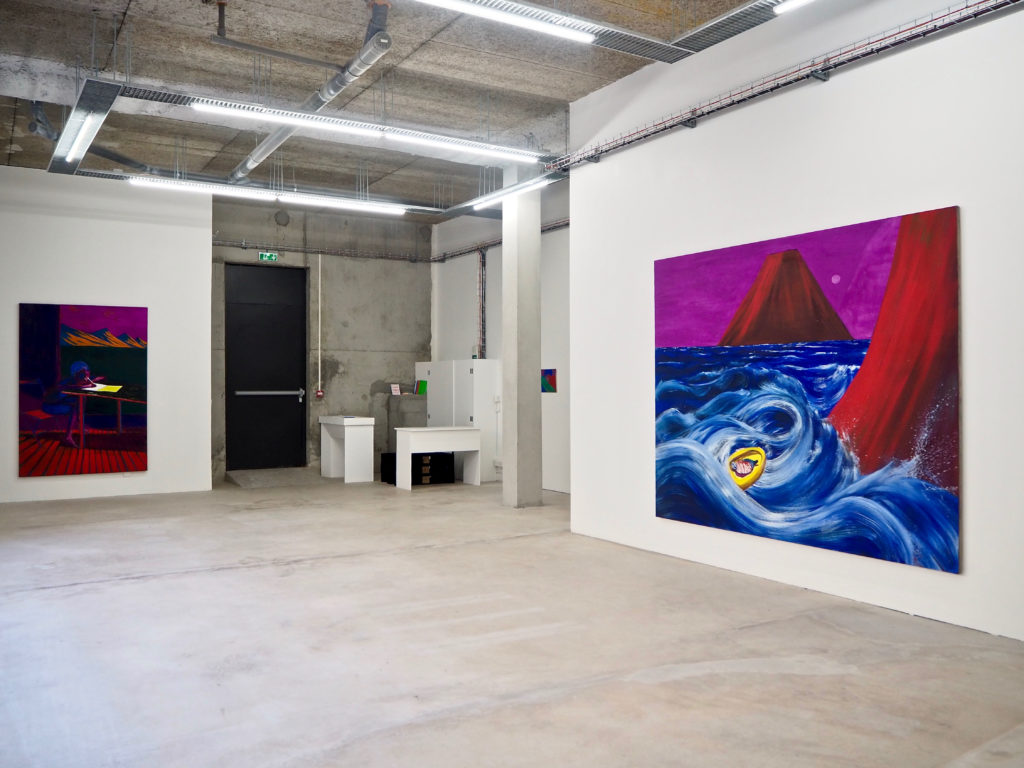 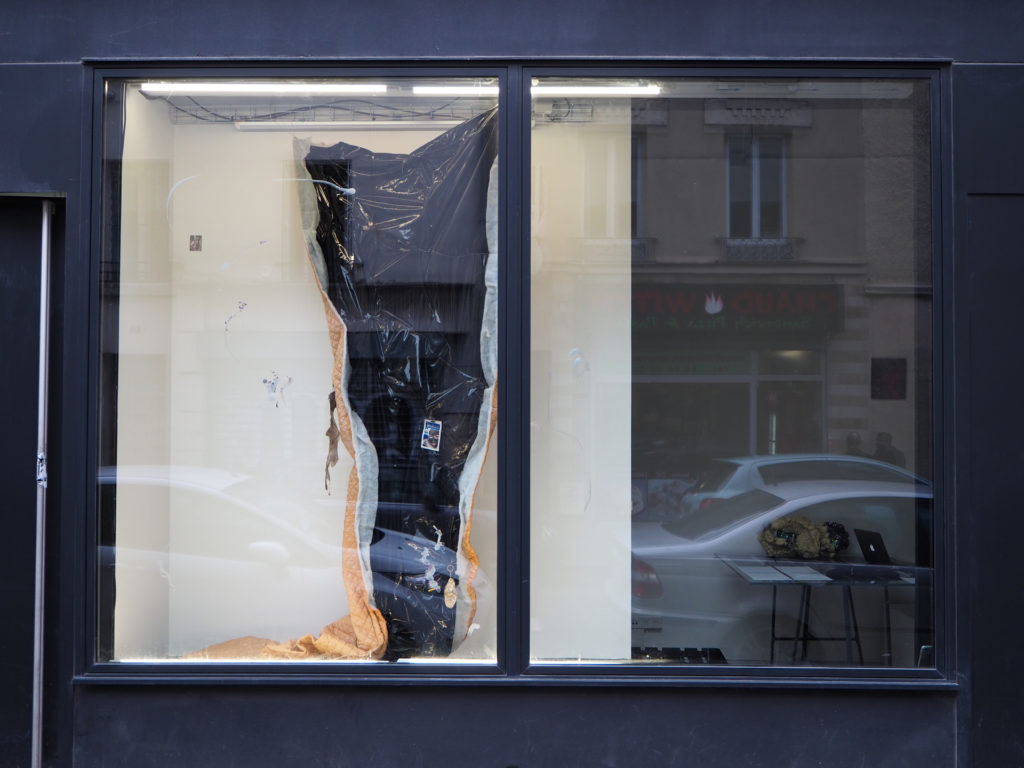 After existing for about 20 years in Paris, the Art Centre Ygrec ENSAPC reopens with a new venue in Aubervilliers with a focus on contemporary art emerging practices. Ygrec’s artistic programme is structured around artistic proposals developed collaboratively with tutors, students and graduates from l’École Nationale Supérieure d’Art de Paris Cergy and exhibitions or events resulting from invites by international artists and curators.

For its first exhibition, Ygrec has invited two artists to invest the windows and the indoor space of its new location.

Artist Gaëlle Choisne presents Schlag love, an installation displayed in the Art Centre’s windows bringing together a selection of existing artworks with new pieces made especially for this show. Her work ranges from sculpture to mix media installations where photographs, videos and literature references come together. By reproducing the chaos and the complexity of the contemporary world, the artist is raising awareness on the overexploitation of resources, the heritage of colonial history, and equally mixes sciences, esoteric creole traditions, myths and popular culture.

Artist Benjamin Swaim invested Ygrec’s indoor space with a series of medium-sized & large-sized paintings, produced over the last three years and gathered under the title Lame de fond. Figurative, his work is composed of large fields of bright and contrasted colors which distorts the perception of the landscapes he represents. This constant play with shapes and colors create an enigmatic universe, both poetic and disturbing which the artist captions with the following text:

Three years ago, I was in a house on the seaside, I was walking barefoot and, through the window, a huge wave was getting closer and closer to me. It was unstoppable: the boat tied up to the bottom of the house, would not be of any help. Then, the wave raised and obstructed the sky.

A moment later, stone slabs were covered with water streaming along the walls and on the furnitures of the room. The wave was gone, I was still alive. When I turned around, i noticed a group of elderly playing cards sitting around a wooden table, their clothes were soaked but they were playing, unshakeable, serene. The wave crossed the whole house but it would never take them away. That is something they were sure about.

This show narrates the passage of that huge groundswell and a child’s dream to be on that wave, the call of the sea, this desire that pulls us towards it and the fear of sinking. The shipwreck is depicted here as a metaphor; the realness of sinking came to knock on the door and took us out of our dreams. Simultaneously, we believe that when the wave has come, the best way to swim is actually to paint.

Even though everything seems to oppose the two artists, both artistic proposals offered by Gaëlle Choisne and Benjamin Swaim share a similar concern towards the complexity and power of the forces and desires that animate the world. They express, through assembling and painting, common interrogations: which knowledge, which practice, which experience, which story could help us react and think about the realities that define us?