Exhibition until 10 April by appointment

from Wednesday to Saturday from 1pm to 5.30pm 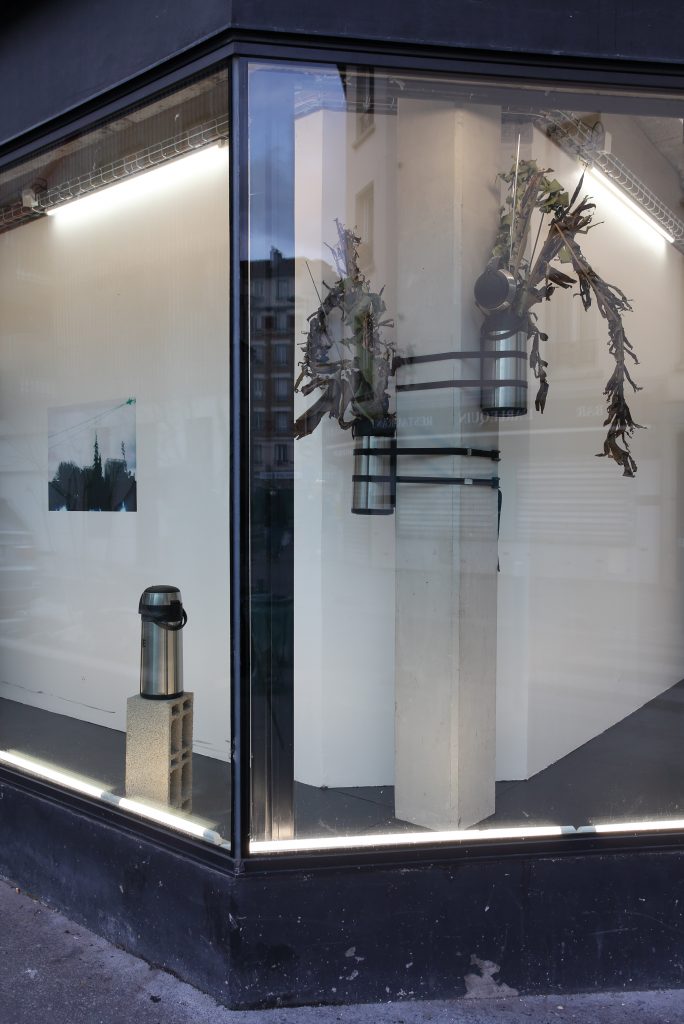 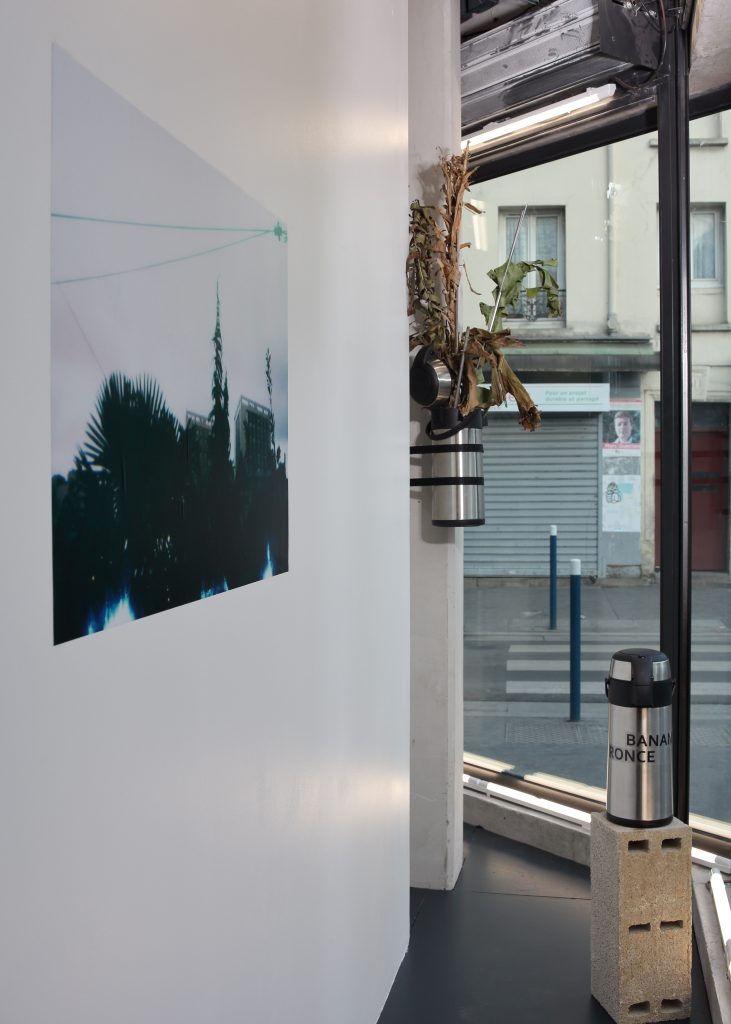 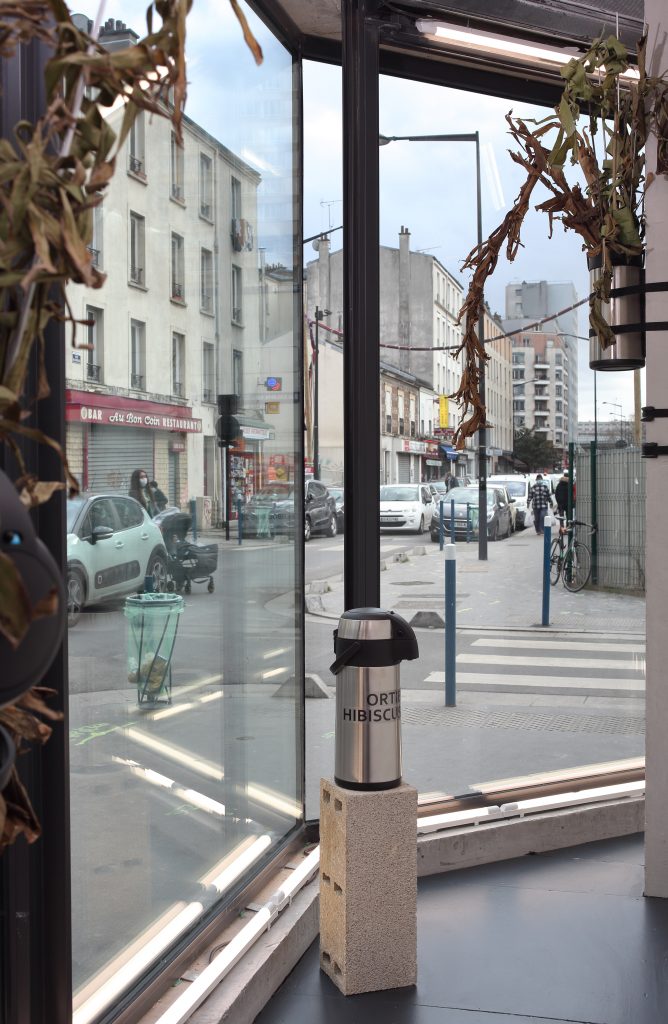 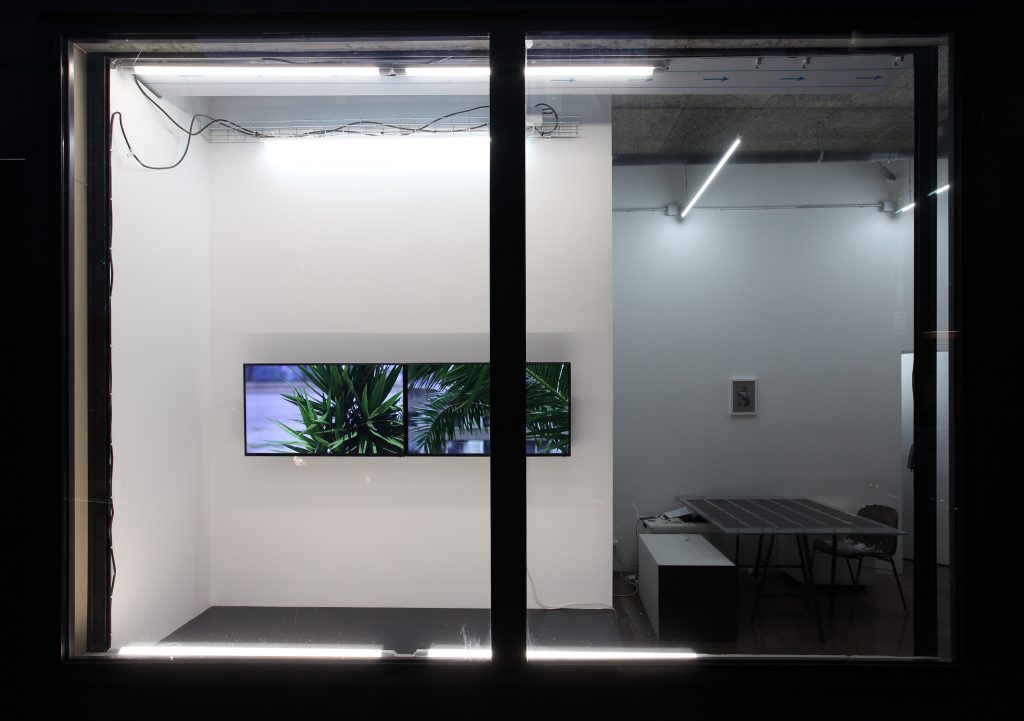 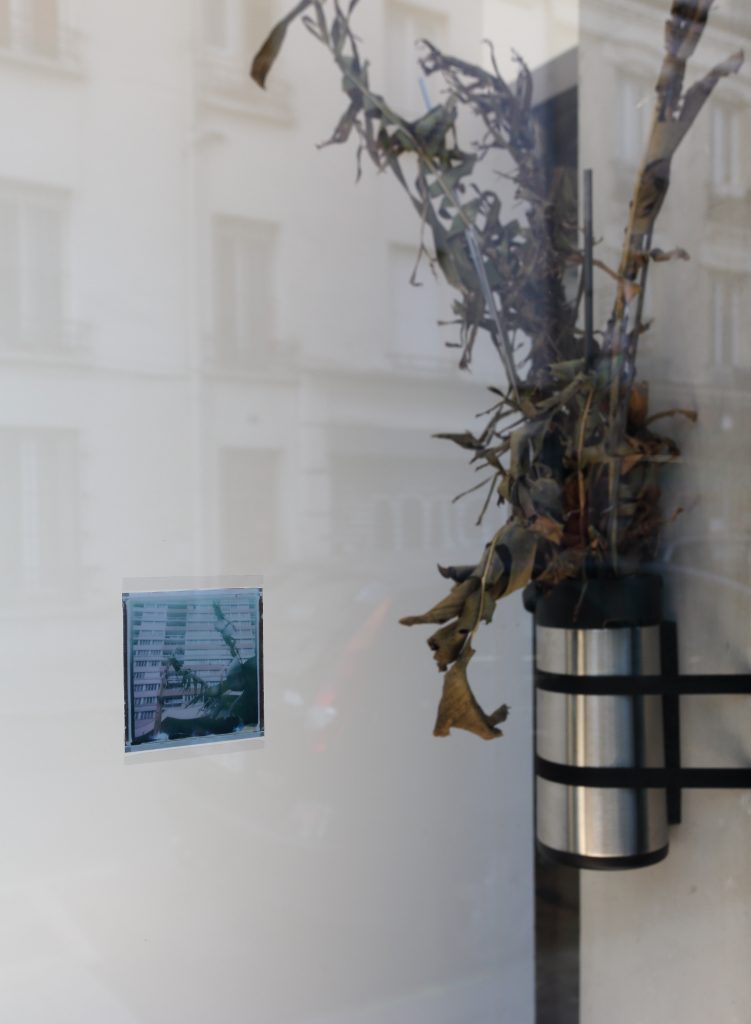 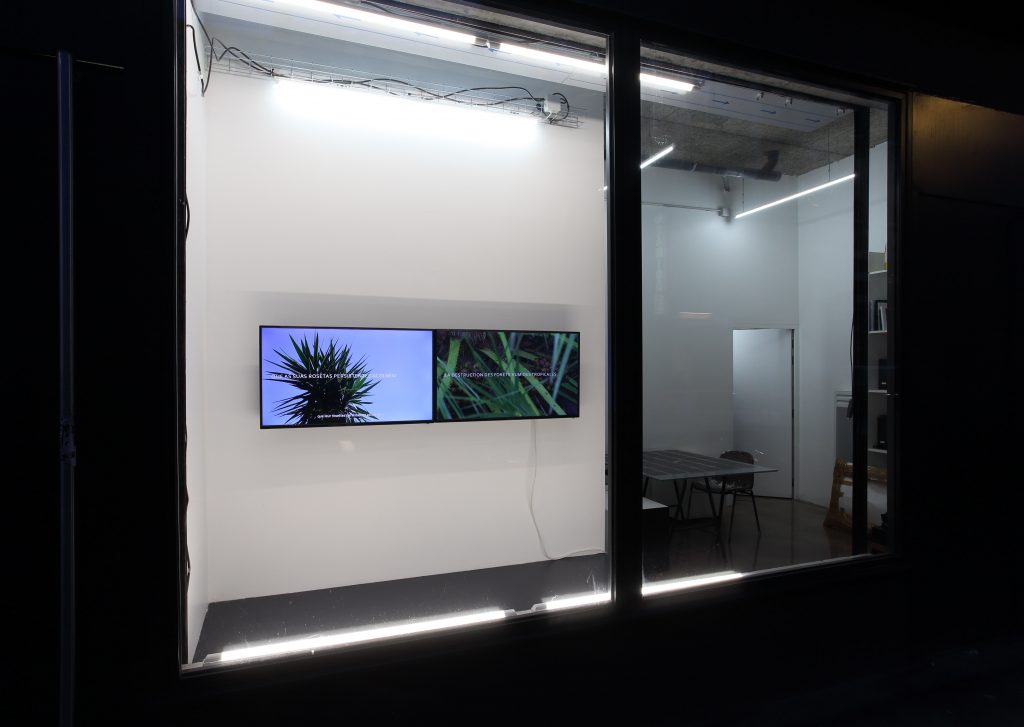 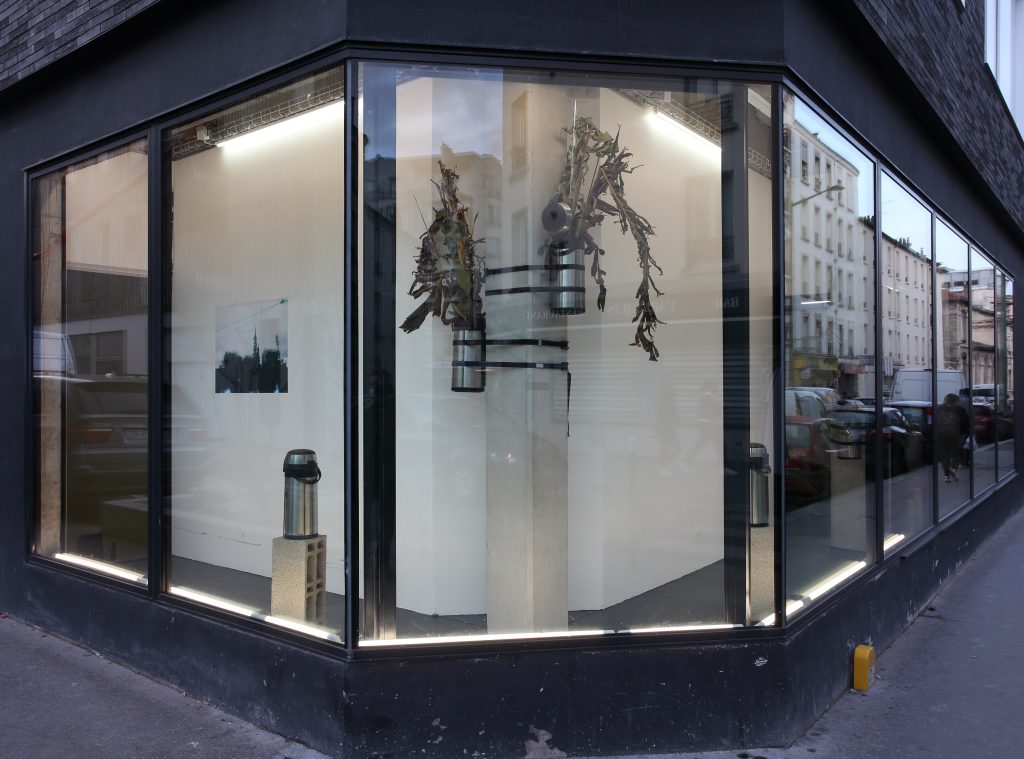 Opening on 13 February 2021 from 11 am to 5.30 pm.
Exhibition until 10 April by appointment
from Wednesday to Saturday from 1pm to 5.30pm
Reservation: ygrec@ensapc.fr

Works by Marie Ouazzani and Nicolas Carrier are presented in two Ygrec-ENSAPC window displays. First is an installation entitled Goût métal composed of bouquets, images and infusions. The infusions which are meant to be drunk (and visual of which creates a sculptural effect), let us glimpse into the future landscape of Aubervilliers. Each recipe includes a mix between the local plants and others which have been accommodated because of the climate change. They also refer to the city’s market gardening and industrial past while demonstrating its welcoming traits.

In the second window display, the artists present two videos taken from a larger project entitled Extra tropical. This project brings together several short videos made in European port cities. As one would compose the herbarium each video evokes, through a specific tropical plant, the history of a given city. The migration routes of the plants tell us the story of Europe’s colonial and industrial past and its impact on today’s climate, at the same time allowing us to consider their ability to resist the global warming.

Marie Ouazzani is a graduate of the Ecole Nationale Supérieure d’Art – Villa Arson in Nice. She was born in 1991 in Lille. Graduate of the École Nationale Supérieure d’Arts Paris-Cergy and a DEA in Cinema at La Sorbonne Nouvelle, Nicolas Carrier was born in Brive in 1981. Working and living together since 2015, they completed the post-graduate Offshore diploma in Shanghai and have stayed in numerous residences in France and abroad (Portugal, Jordan, South Korea and China).

Marie Ouazzani & Nicolas Carrier explore changing urban territories (outskirts, suburbs, interstices) and invent fictions that include the impact of ongoing climate change on their inhabitants. In their work, architecture, plants, flowers, animals, humans, ghosts, are maintained in a balance where everything is intertwined and where every action has an impact on the other components. Their videos and installations combine educational and practical segments in order to offer new forms of resistance to urbanization and to rethink the way we live on our planet. The two artists also create recipes for infusions which include carefully selected plants, based on the specificities, history, myths and legends of a given site; they are then offered to the visitors in the form of installations and interactive performances. Their work was shown in 2015 at Darat al Funun (Amman), in 2016 at the 61st Salon de Montrouge, in 2017 at the Villa Arson art centres (Nice) and at 3 bis f (Aix-en-Provence), at the 5e Odessa Biennial (Ukraine) and at Glassbox (Paris), in 2018 at La Gaîté Lyrique (Paris) and at HKW (Berlin), in 2019 at Mains d’Oeuvres (Saint-Ouen), at the 2nd Lagos Biennale (Nigeria) and Catalyst Arts (Belfast), in 2020 at the CAC Passerelle (Brest) and Manifesta 13 (Marseille). In 2018, they received the FoRTE grant from the Île-de-France region and in 2020, the Support for an artistic project from the CNAP, and DICRéAM’s development aid (CNC).