Where do we go from here

Exhibition until 10 April by appointment

from Wednesday to Saturday from 1pm to 5.30pm 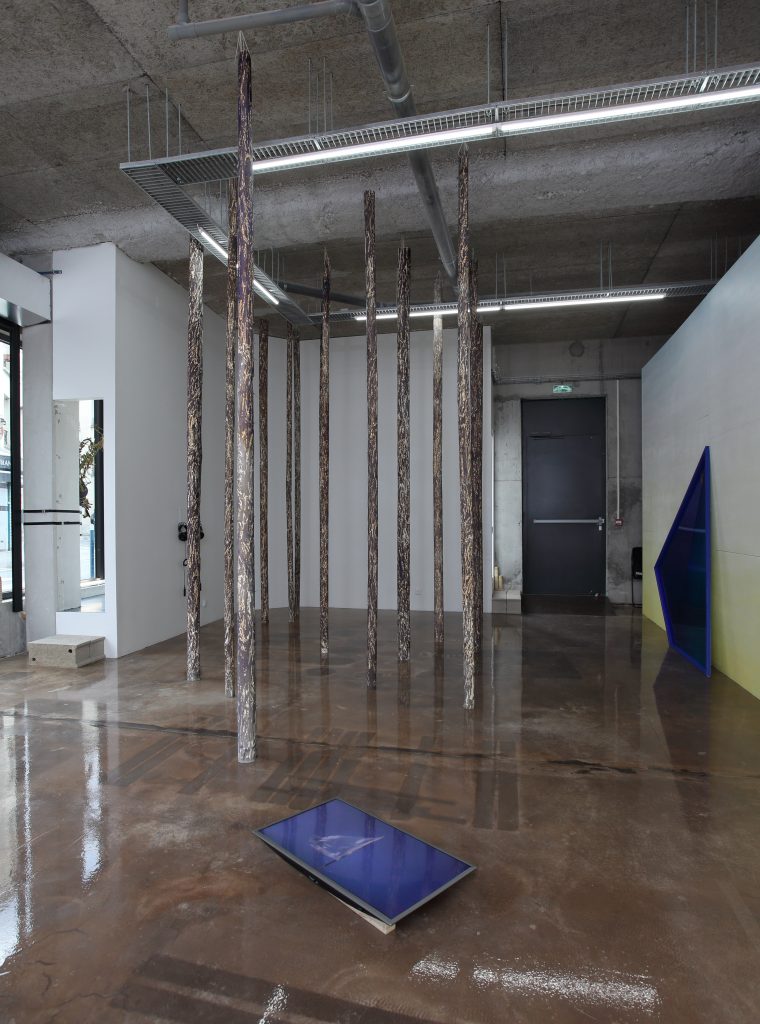 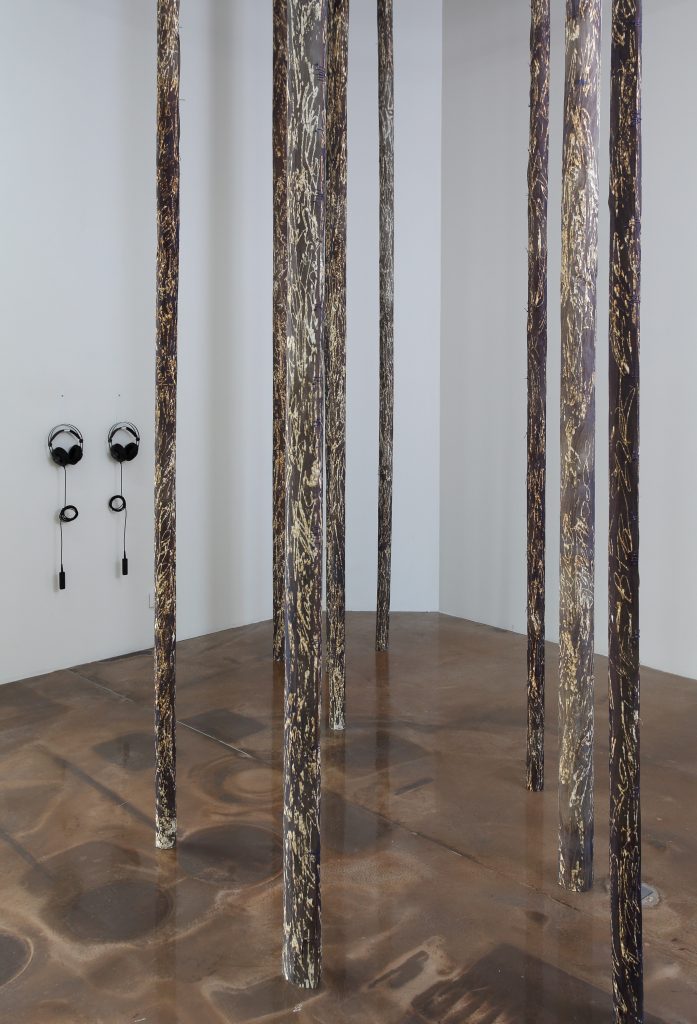 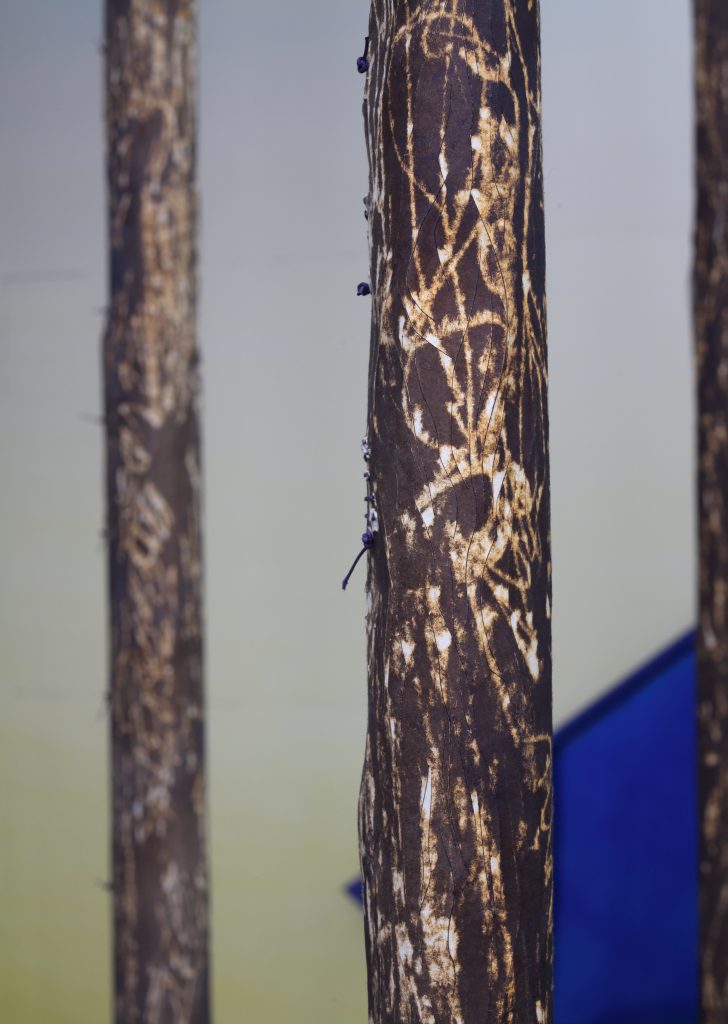 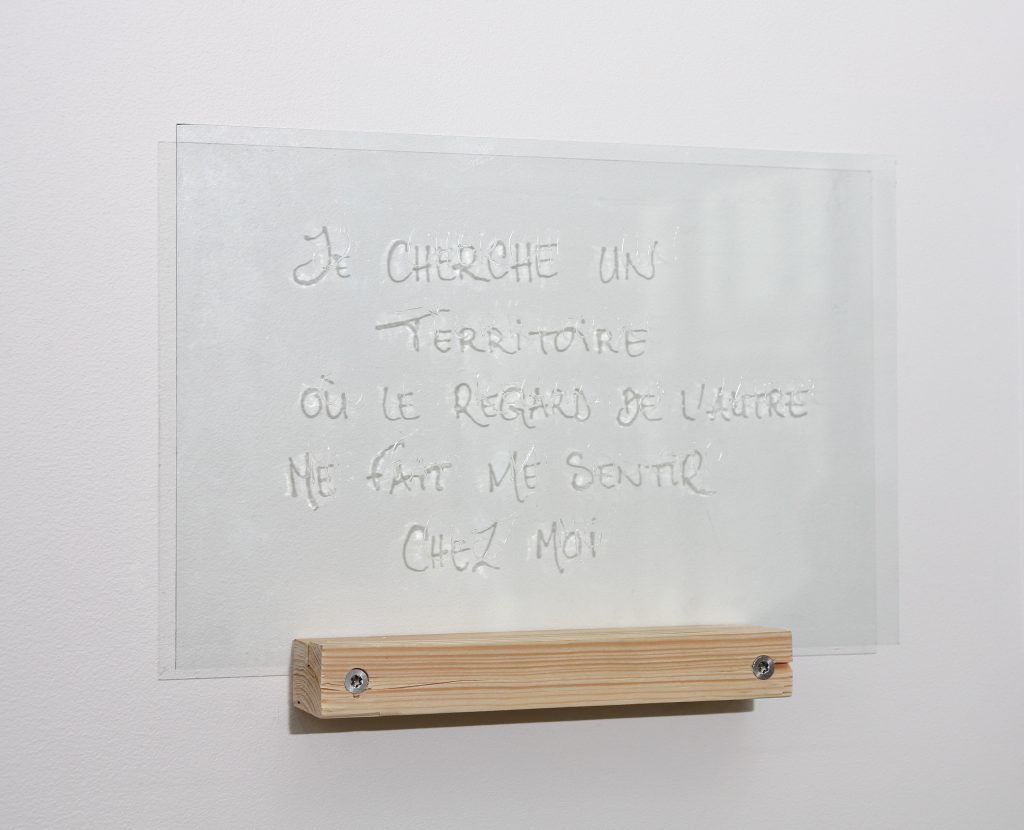 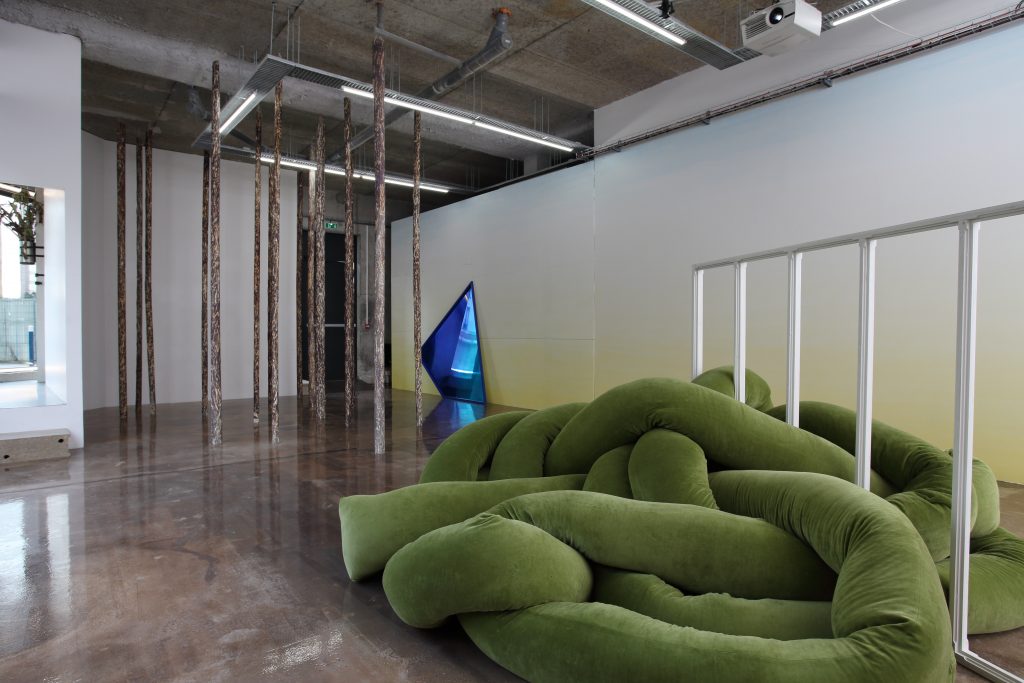 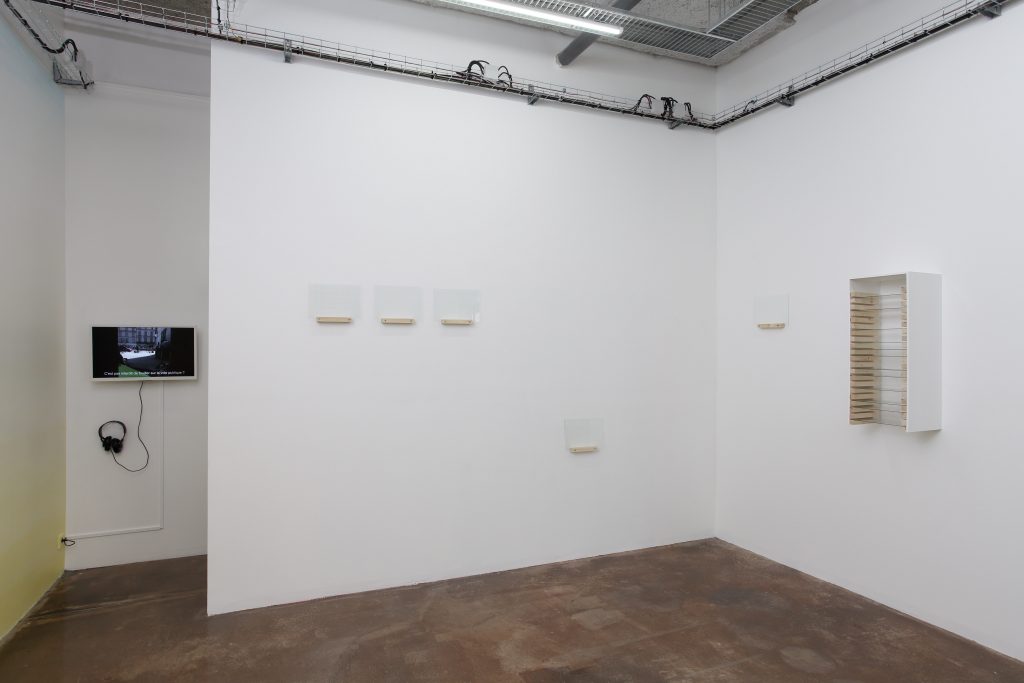 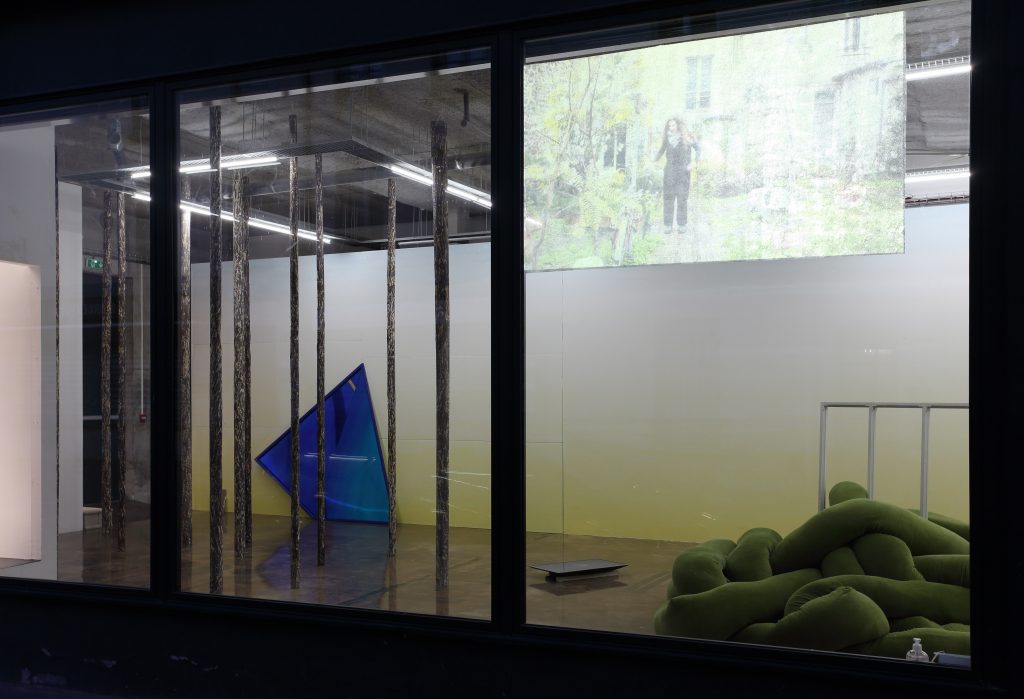 Where Do We Go From Here

Opening on 13 February 2021 from 11 am to 5.30 pm.
Exhibition until 10 April by appointment
from Wednesday to Saturday from 1pm to 5.30pm
Reservation: ygrec@ensapc.fr

‘Where Do We go From Here’ brings together the work of three artists whose creative protocols are nourished by the economic, social and architectural specificities of the landscapes which they intervene.

Mural created by Ibai Hernandorena is associated with a multitude of objects collected in the city of Aubervilliers and a sculpture-furniture-landscape adaptable to different uses. Designed to play the role of a sculpture/installation and a space for encounters and interactions, the ensemble challenges the idea of a space that favours frontality, the single viewpoint and contemplation to the detriment of living together. As for NML, she visited Albertivillarien.e.s by walking through new condominiums, old town houses and historical cities. The fragments of life that she collected fill the space of the art centre, materializing a word that is not very audible and that showcases the relationships maintained in this single city with 103 languages and multiple nationalities. The artist also presents a video made in 2019 entitled The Eye, which is part of a wider questioning of the fragility of multicultural societies. Finally, Mickey Pujolar Leray proposes a penetrable installation entitled Vegetalism#1 accompanied by a sound piece. Composed of columns made of torn and inked paper, echoing the programmed disappearance of the plane trees in the Square de la Maladrerie, the installation evokes more broadly a vegetation that struggles to resist the accelerated modernisation of the city of Aubervilliers.

Drawing on the richness and cultural diversity of Aubervilliers but also on its ongoing changes, ‘Where Do We Go From Here’ aims to transform the exhibition space into a place of reconnection: to oneself, to others and to the urban space as it exists. Various actions – screenings, tastings, workshops, research presentations and debates – will be carried out with the public, as invitations to rethink, in the city itself, our relationship to the immediate future.

Ibai Hernandorena (1975) lives and works in Paris-Pantin; he graduated from the Ecole Nationale Supérieure d’Arts de Paris-Cergy (2000). The city, its landscapes, its architecture and its temporalities constitute the heart of his artistic reflection. He is particularly interested in the notion of modernity; in the utopias it generates and in their fading through the ages. He was a resident of the Villa Arson research programme (2013-2015) and of the Tapies Foundation in Barcelona (2017). Ibai Hernandorena has also been the recipient of several public commissions in France, (Marseille 2018, Paris-St Denis 2014, Grenoble 2011, Eyguières 2011). He is currently working on a New project, sponsored by the Fondation de France. His work has been presented at the MAK Center in Los Angeles 2013, at Galerie Laurence Bernard in Geneva 2015, ​APAP 2010 in Anyang, South Korea, Retina film festival in Rome 2014, Villa Arson in Nice (curated by Mathieu Mercier) 2015, Palais de Tokyo in Paris 2016, sin-titulo gallery with Frac PACA 2016, Evento Bordeaux (curated by Michelangelo Pistoletto) 2011 and Nuit Blanche Paris 2010.

NML (1994) lives and works between Paris and Brussels; she graduated from the Ecole Nationale Supérieure d’Arts de Paris-Cergy. Using writing, photography and video, her artistic work explores individual identities and their complexities by relying on a poetic decompartmentalization. Through the exhaustion of words, meanings and images, she brings into play individual realities which, although commonly accepted, struggle to find their place in the collective imagination. Her creations seek to extend the processes of identification of unexpected figures and echo contemporary issues of gender, class, Afro-descendancy and disenfranchisement. Her work was presented in 2020 at the Rabouan Moussion Gallery (Paris), at Pointculture Louvain-la-Neuve and at Pointculture Brussels (Belgium).

Mickey Pujolar Leray (1991) lives and works in Paris; he graduated from the Ecole Nationale d’Arts de Paris Cergy in 2020. A founding experience with the Zimbabwean artist Gareth Nyandoro, as well as two years of residency in London (Central Saint Martin’s College of Art and Design) led him to develop an experimental painting technique close to sculpture, unfolding between abstraction and figuration. In his work he develops the concept of ‘vegetalism’ through a reflection on the relationship between humans and their natural environment. His work was presented at the CCR93 in 2019 (Aubervilliers), in 2018 at the Tate Modern (London), in 2018 at the Centquatre (Paris), at FIAC (Paris), in 2017 at Central Saint Martins (London) and in 2014 at the Maison des Ensembles (Paris).